By Theo Kindynis (University of Greenwich)

Under London, an urban explorer is dwarfed by the massive Lee Tunnel “super sewer” construction, the deepest and largest tunnel ever built under the city. Photo: Theo Kindynis.

Recreational trespass, or as it has become known in recent years, “urban exploration” (often abbreviated as UrbEx or UE) is the practice of illicitly gaining access to forbidden, forgotten or otherwise off-limits places, ‘simply for the joy of doing so’ and / or in order to document them photographically (Garrett, 2013: 21). Such places typically include: derelict industrial sites, closed hospitals or asylums, abandoned military installations, construction sites and cranes, sewer and storm drain networks, subterranean utility tunnels and rapid transit (metro) systems – the list goes on. In the past two decades, and particularly since the mid-2000s, an emergent global subculture has coalesced around this activity, facilitated by the Internet and online discussion forums such as 28 Days Later (taking its name from the 2002 British post-apocalyptic horror film). A small but growing research literature has accompanied the practice’s proliferation (see, for example, Bennett, 2011; Garrett, 2013; Mott and Roberts, 2014). During the past three years, I have conducted autoethnographic research into urban exploration, participating in over a hundred trespass events, and illicitly accessing sites including, but not limited to: many of London’s most notable highrise construction developments; under-construction Crossrail tunnels and stations; the under-construction Lee Tunnel “super sewer”; the under-redevelopment Battersea Power Station; the London Olympic Stadium, and other locations perhaps best not mentioned here. I’ll leave discussions of the ethics of illegal research for another blog post, but suffice to say that Jeff Ferrell and Craig Ancrum have both tackled the subject eloquently. END_OF_DOCUMENT_TOKEN_TO_BE_REPLACED

Oliver Smith and Tom Raymen recently presented a paper on Deviant Leisure at the European Society for Criminology in Porto. We used this opportunity to try and build on some of the ideas that have been raised within this blog and elsewhere. Within the paper, entitled ‘Deviant Leisure, Rethinking Leisure and Harm’ we called for a more critically engaged exploration of leisure activities, which place direct and indirect harms at the centre of defining deviant leisure. Somewhat fortuitously from our perspective, we followed a presentation by Stuart Taylor (LJMU), which provided analysis of some of the preliminary qualitative findings from an evaluation of a sexual offense prevention campaign. The paper contained data that encapsulated the embedded and to some extent culturally tolerated forms of sexual violence that occur within the night time economy, and hinted at a rather bleak social landscape which highlighted the futility of poster campaigns at the site of consumption (in clubs, bars and pubs). These poster campaigns, however well intentioned are destined to wilt in the powerful glare of the massed energy and seemingly limitless influence of the branding and marketing associated with the alcohol and broader leisure industries. 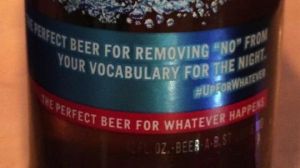 END_OF_DOCUMENT_TOKEN_TO_BE_REPLACED

There is to be a dedicated stream at the upcoming BSC conference in Plymouth focusing on Deviant Leisure. This represents an excellent opportunity to bring together some of the exciting work being done in this field, and the call for abstracts is open until May 25th, so there is still time to get involved if you have not already registered!

The widespread importation of the US shopping phenomenon known as Black Friday onto the UK highstreet in November 2014 represents an intriguing conundrum for the social scientist. Retailers and superstores across the country opened either at midnight or provided extended opening hours, offering ‘doorbuster’ deals and alluring discounts on a range of consumer goods.  The chaotic scenes of pushing, shoving, trampling and fighting which have become a familiar, even defining characteristic of Black Friday in the United States emerged during the Black Friday sales across several cities in the UK. Police were called to stores in London, Manchester, Cardiff, Newcastle, Dundee and Glasgow among others to try to control proceedings. END_OF_DOCUMENT_TOKEN_TO_BE_REPLACED

Doping in sport has become progressively viewed as a social problem and a number of actors have been successively identified as the ‘carriers of this social harm’ (Ellis, 1987; in DeKeseredy & Dragiewicz, 2012). As a result the list of ‘folk devils’ (Cohen, 1985) has grown and so too have the control mechanisms employed to combat them. Performance and Image Enhancing Drugs (PIED) are deemed morally reprehensible by the general population, and considered a practice that should be banned and criminalized (Coomber, 2013; Coakley, 2014). However, there seems to be a tendency amongst policy makers to frame steroid or PIED use outside of elite sport as an issue within sport, and to call for the same types of policies that are being used in anti-doping (Kimergård, 2014). This paper will briefly explore the PIED policies of three countries, Sweden, Belgium and Denmark, highlighting the ways in which anti-doping in elite sport is informing national drug policy and encouraging a zero tolerance approach to PIEDs as a social health issue.

END_OF_DOCUMENT_TOKEN_TO_BE_REPLACED

Cultural and critical criminology have long been interested in the back and forth tussle over cultural meaning; manifested in the subversive methods of détournement, symbol co-option, and the hijacking of forms of subversive behaviour for the purposes of dominant culture and leisure industries. The Situationists were among the first to see the possibilities for cultural subversion through mediated meanings, searching for ways in which they could “‘seize the familiar and turn it into the other’, [and] if they could ‘turn the words of [their] enemies back on themselves’” (Marcus, 1989: 178-179 cited in Ferrell et al, 2008: 152). As evidenced by the range of topics covered by the contributors to this research network, the landscape of crime and deviance is one of swirling and inconsistent meaning across time, space, and cultures.

END_OF_DOCUMENT_TOKEN_TO_BE_REPLACED

My own interest in the cultural and social impact of videogames probably began with morally conflicted feelings while playing Grand Theft Auto III for the first time. I remember experiencing a real sense of surprise at the possibility of running over pedestrians and perhaps more so, a sense of worry at what other, younger, players might take from the game. The game felt like an incredibly violent space, a bleak vision of a city without moral codes or goodness, a space most of all where we were being goaded to bring out our more callous side, running over the homeless in tunnels, sniping at the unsuspecting or beating and stabbing to advance, or just for the sheer hell of it. 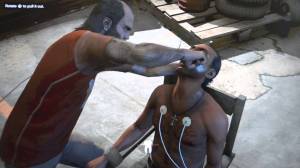 The early work I conducted with Paul Willis, with avid players of the game, suggested that this kind of ‘ok for me, but perhaps not for others’ was an important element of their response to the game. The vicarious delight of killing by multiple means and the blood lust of rampages were part of a much more variegated response that belied the simplistic designations of adrenaline fuelled potential killers so often found in the media. But perhaps the wider cognitive, social and cultural effects of such media artifacts, complex worlds photographically realistic, was always going to be more complex anyway. The kinds of question one might ask were more fruitful when expressed as a search for how gaming and its values and apparent deviance were being folded into everyday lives in increasingly subtle ways. END_OF_DOCUMENT_TOKEN_TO_BE_REPLACED

Parcours: ‘l’art du deplacement’ is, most simplistically, a physical training methodology in which one uses only their body to overcome physical and mental obstacles in urban space and travel from point A to point B in the most direct and efficient way possible, irrespective of what is in one’s way (Angel, 2011; Mould, 2009). This can involve leaping between walls, climbing buildings, vaulting ledges, balancing along rails, flipping across gaps, and any other movement in order to fluidly move through the environment. It is a way of re-appropriating and re-inventing taken for granted objects and structures, reimagining the potential for urban space, reimagining ourselves in urban space and how we might connect with the city in a different way.

Parkour, therefore has been seen as exercising what Henri Lefebvre called ‘the right to the city’ (Harvey, 2008). The right to the city is more than merely having the right to access urban resources, but moves toward exercising the right to remake ourselves by reshaping the processes of urbanisation in the city. As life in urban centres becomes increasingly homogeneous and restricted as a result of the privatisation and organisation of the city around consumption, parkour has been seen as a practice which performatively displays an alternative vision of urbanisation, one which is more democratised, spontaneous, and free-for-all as it exercises its right to the city through re-appropriating capitalist spaces. Consequently, it has been described by scholars as a form of urban anti-capitalist resistance (Atkinson, 2009; Daskalaki et al, 2008). END_OF_DOCUMENT_TOKEN_TO_BE_REPLACED

Critical criminological work on adult pornography consumption and its harmful effects is not as plentiful as the amount of progressive intellectual attention given to other major social problems, such as murder, poverty, mass incarceration, and environmental crime. This is due, in part, to the fact that pornography is still considered by many academics and university/college administrators as a topic unfit for academic inquiry (Ullen, 2014). Undoubtedly, one would be hard pressed to find courses on explicit sexual media in the majority of institutions of higher learning scattered across North America and elsewhere.

It is often said, especially by older people, that “the world is a different place today.” Indeed, it is. We live in a “post-Playboy world” (Jensen, 2007), one that features the degradation, abuse, and humiliation of women never seen before in the mass media. Women are represented in many different ways in pornography, but two things all pornographic images of and writings about them have in common is that women are characterized as subordinate to men and the primary role of female pornographic actresses is the provision of sex to men END_OF_DOCUMENT_TOKEN_TO_BE_REPLACED

Set against the context of global economic collapse, rising levels of inequality and social harm, savage restructuring and privatisation throughout the Criminal Justice System, not to mention Operation Yewtree, it may appear to some that the study of leisure should be a relatively low priority for criminologists. However, it is here at the nexus of leisure and deviance that we see the contradictions and damaging nature of global capitalism played out, often in overtly harmful, explicit detail. We see activities that are linked to low levels of social harm being directly or indirectly criminalised – some forms of drug taking for example, or engagement in leisure pursuits that bring individuals or groups into conflict with owners or guardians of private property such as skateboarding or free-running.

Other forms of undeniably harmful leisure meanwhile are legal, or positively sanctioned – consider for example alcohol consumption, where drunken behaviour within the context of the marketised night time economy is tolerated or even celebrated as youthful hi-jinks, despite being the site of violence, sexual assault and vandalism (Smith, 2014). Gambling too, once heavily sanctioned (at least for the working classes) is now embedded within Anglo-American culture. Recent advertising campaigns locate gambling as entirely unproblematic, a site of individuality and identity formation, in spite of the broad range of harms associated with the burgeoning gambling industry, and its questionable techniques of targeting economically marginalised communities. END_OF_DOCUMENT_TOKEN_TO_BE_REPLACED