This is an abridged version of a longer article, which is available here

Ticket touting has been the subject of much discussion across the media and within parliament in recent years. Widely understood as the practice of purchasing tickets in order to sell them for profit, it leaves many consumers who are looking for tickets to the big match, concerts or shows either paying well over the face value of the ticket, or having to miss out altogether. Unsurprisingly, this is big business, and the sums involved are vast (Davies, Duncan and Maguire, 2019). However, recent attempts to curb the proliferation of ticket reselling appear to suggest that the problem is being brought under control through increased regulation and scrutiny, including the threat of court orders, large fines and jail time for those responsible (Davies, 2019). Indeed, these developments have been roundly applauded by campaigners and consumer rights groups such as Twickets or the FanFair Alliance. 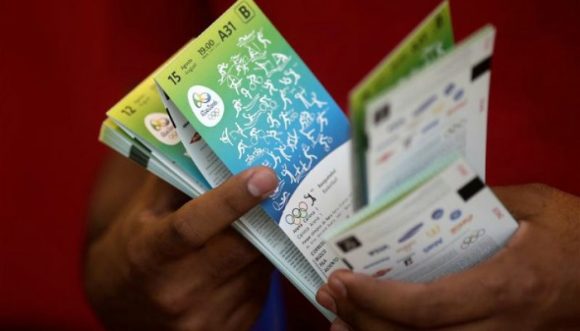 However, having spent over three years immersed in the touting scene as part of a recent research project, I remain somewhat sceptical of the impact that these so-called victories are having on touts in practical terms. These legislative developments and apparently punitive new stances on ticket reselling tend to grab media coverage and headlines while doing little to radically alter the marketplace.

In this brief blog post, I will illustrate how the shadowy market of ticket reselling has evolved from its origins on street corners, where “sheepskin-coat-wearing” characters (Collinson, 2015) would ply their “atrocious trade with perfect shamelessness” (Segrave, 2007: 3), to become firmly established online. For a few years now, the “secondary” ticket market has been a routine hurdle for consumers seeking to buy tickets at face value. Notoriously unscrupulous website Viagogo, constantly the centre of attention both in terms of media coverage and parliamentary scrutiny, is undoubtedly one of the primary reasons for this shift. In this sense, the resale of tickets is echoing the mutation of criminal and counterfeit markets, as demonstrated by James Treadwell in his 2012 study of criminal entrepreneurs using eBay.

The emergence of Viagogo, along with StubHub and former secondary market sites Get Me In! and Seatwave (which were controversially owned by “primary” seller Ticketmaster) granted deviant white-collar entrepreneurs who never would have dared to don the sheepskin coat, the unprecedented opportunity to engage in the exciting, lucrative and previously inaccessible venture of touting tickets. These websites revolutionised the classic supply-versus-demand scenario of touting, as “bedroom” touts could buy and sell in the safety of their own homes without negotiating the more morally dubious and highly visible streets (Waterson, 2016). This was thus a discovery of new players performing traditional deviance in new ways.

Following this trajectory, societal discourse and media attention have led parliamentary interventions to focus on this very modern aspect of touting alone, arguably neglecting the more traditional and pervasive forms of the practice. Online fraud was the first consideration as part of the Consumer Rights Act 2015, followed by “bots” in the Digital Economy Act 2017 and more recently Google searches. Once again, the regulatory responses aimed this time more specifically at Viagogo appear to be creating more heat than light, and represent only a partial – and largely ineffective – intervention.

Viagogo represents a carnivalesque villain against which legal and moral opprobrium can be mobilised, due in part to the unscrupulous sales tactics the company employs. Viagogo’s lucrative business model relies on harnessing anxieties and ‘fear of missing out’ on the part of consumers. It promotes false or highly misleading data relating to alleged waiting rooms, virtual queues or recent sales, all to fabricate demand and rush consumers into panic buying. A series of “price errors” seemed to defraud a very large number of its customers – fortunately a recent campaign enabled many of the website’s “victims” to recoup thousands of pounds’ worth of refunds (Davies, 2018). The company reeks of underhand tactics, of untrustworthy practices, and of uncompliant executives who feel they are above the law.

The Competition and Markets Authority (CMA) and the Advertising Standards Authority (ASA) have recently attempted to force Viagogo and others to comply with the terms of the Consumer Rights Act 2015. Additional measures such as requiring secondary platforms to specify whether customers could be refused entry to a venue, and specific details relating to sellers, were also introduced. However, I recently followed up with a participant I worked with closely throughout my research, who confidently stated:

“I’ve just put fake details and no bother. All things [i.e. threats of enforcement] have gone quiet…still regular money to be made”. Participant X, age 41, touting for 7 years.

Although “improvements have been made since [they] first demanded action”, the CMA are still concerned and have now threatened to take legal action against Viagogo (Davies, 2019). I won’t bore you with the repetitive news items you can read elsewhere. The idea of this piece was to share a different perspective. Suffice it to say that Viagogo is bad and to be avoided. Just do not be fooled by “distractions” such as this:

“To put it bluntly, we are starting to clear up the acne that has blighted our industry, and I think that we are coming to the point where we just have one major boil left to lance”. Stuart Galbraith, Kilimanjaro Live.

Let’s say, for argument’s sake, that Viagogo disappeared from the face of the internet tomorrow. Would this really mark the end of touting? When tickets still end up in the hands of touts, who will the government blame next?

My core argument here is that the sole focus of recent legislative interventions has been the modern, technological aspects of ticket touting. The new players and their new ways online have been a distraction, allowing the more traditional street touts, through their longstanding methods and wider networks, to continue profiteering without much difficulty.

Treadwell (2012), in his study on traders of fraudulent goods and intellectual property offenders that utilised the website eBay, bridged the generational gap between street offenders and 20th century deviants by explaining that his participants belonged to the same world of those studied by Hobbs (1988 and 1998) and Hornsby and Hobbs (2007). Treadwell researched

“working class entrepreneurs who noticed opportunities to make money illicitly and who were inclined to accept the opportunity, especially as rewards were high and risks were low” (2012: 189).

Online or “bedroom” touts – the only group targeted by recent changes in the law – are actually more similar to Shover and colleagues’ (2003) telemarketers, identified to be new individuals committing new crimes created by technological advances.

The problem is that outside of this limited worldview of ticket touting, traditional street touts and others operating outside of the likes of Viagogo are continuing to commit old crimes, not new ones. We must therefore return to Treadwell who, citing Grabosky (2001), noted how these illicit eBay sales were a continuation of criminal practices that were already occurring prior to the internet: in essence, “a case of old wine, new bottles” (Treadwell, 2012: 176). Crucially, the very individuals engaging in these crimes were also not necessarily new. Treadwell explained how his research participants had previously traded counterfeit items, such as footwear or luxury clothing, in boot sales and ad hoc market stalls before selling online.

Treadwell’s research, however, ultimately found that the internet initiated a process through which “established local trading cultures” were being “supersed[ed]” (2012: 189). The results from my research show that this was not the case with the deviant practice of ticket touting. With touting, new ways were being found to commit an old crime, and both new and old individuals – middle-class, like the telemarketers, and street urchins, like Treadwell’s counterfeiters – were engaging in the new opportunities offered by the internet. However, what society, the media and legislation have completely disregarded, is that, unlike the forms of deviance studied by Treadwell and Shover et al., traditional forms of touting have not been superseded by its modern counterparts.

I would argue that online touting, and thus Viagogo, is not even close to being the biggest problem with regards to the unauthorised ticket sales, profiteering, and exploitation of consumers that occur in the modern era. In addition to the law itself targeting the wrong areas and in any case being largely unenforced, what about corruption in the primary market? How do touts get tickets in the first place? What about the loopholes that touts can exploit with ease? What about football tickets? Let’s not forget that, despite enforcement severely lacking in that area too, selling football tickets is already illegal. As such, football tickets are not routinely resold on Viagogo but elsewhere. What about StubHub, a site that exploits just as much as Viagogo but in a less flagrantly dishonest way?

All of this confirms the longstanding unavoidable truth that the government simply is not as interested in regulating ticket sales as it would seem. This has been proven time and time again from Hillsborough to the introduction of the Criminal Justice and Public Order Act 1994 (Home Office, 1990), from the failure to legislate for the Rugby World Cup in 2015 (Gibson, 2014), to all the recent developments surrounding bots, Google searches and now Viagogo. Upholding and even promoting a free market has always been the government’s priority. The real reason that any anti-touting legislation was ever introduced in the first place was because football was deemed a “special case” which needed controlling (Home Office, 1990); football, because of the risk of violence and not because of ethics, was the only instance in which it was considered necessary to override the principles of a free market. The government has consistently prioritised free-market entrepreneurialism, disregarding arguments pertaining to profiteering or morality in general, and it clearly continues to do so (Ward, 2014).

Online touting, despite what we read in the media, is not almost over (Webb, 2018). And should Viagogo’s unscrupulous conduct be finally tamed, however unlikely that is, the online secondary market is only a small part of a much, much bigger picture. Sadly, I see no reason to believe that an actual “victory” against the touts can be achieved any time soon.

This is an abridged version of a longer article, which is available here

Collinson, P. (2015) Ticket prices will go in one direction due to government u-turn. The Guardian, 31 August 2015. Available from: https://www.theguardian.com/money/blog/2015/aug/31/ticket-prices-one-direction-thanks-government-u-turn. Accessed: 30 August 2018.

Hobbs, D. (1988) Doing the business: Entrepreneurship, detectives and the working class in the east of London. Oxford: Oxford University Press.

Treadwell, J. (2012) From the car boot to booting it up? eBay, online counterfeit crime and the transformation of the criminal marketplace. Criminology and Criminal Justice: An international Journal. 12 (2), 175-191.